Why should we try to save our Stinson? This column will give you some insight. By the way, if you want to contribute to the cause, make your check out to:

You don't have to be a member of the Soaring Eagles to contribute!

Soaring Eagles is in possession of fifteen of the following posters. These are the same posters as were framed and presented to Mr. Colodny and Mr. Schofield at the 2019 Soaring Eagles Reunion. We are offering them to the first fifteen people that send a check in the amount of $200.00 dollars made out to the Soaring Eagles. Mark your check "S.O.S" in the Memo section. When we have received fifteen checks, we will announce that fact, and return any checks received after that. Please add ten dollars for postage and handling. All funds generated by this sale will go into the S.O.S Fund. The poster measures 24" by 36" and is shown below, but I must say the web site picture doesn't do the actual poster justice! 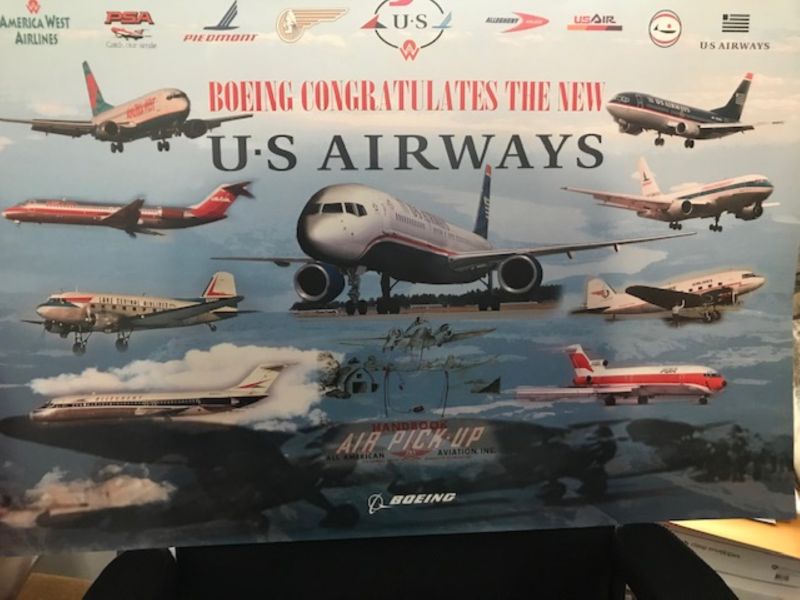 Who Are These Pioneers? 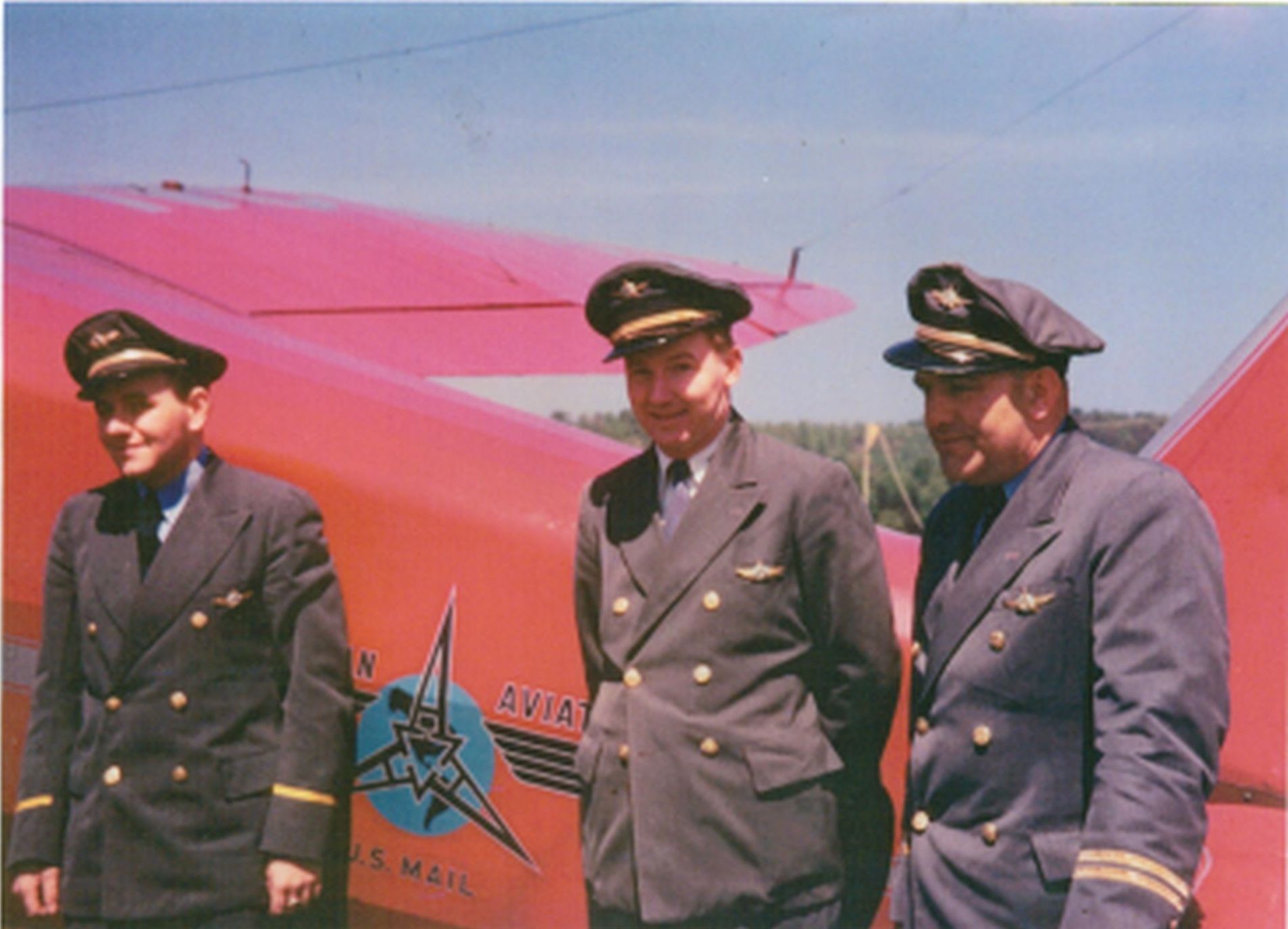 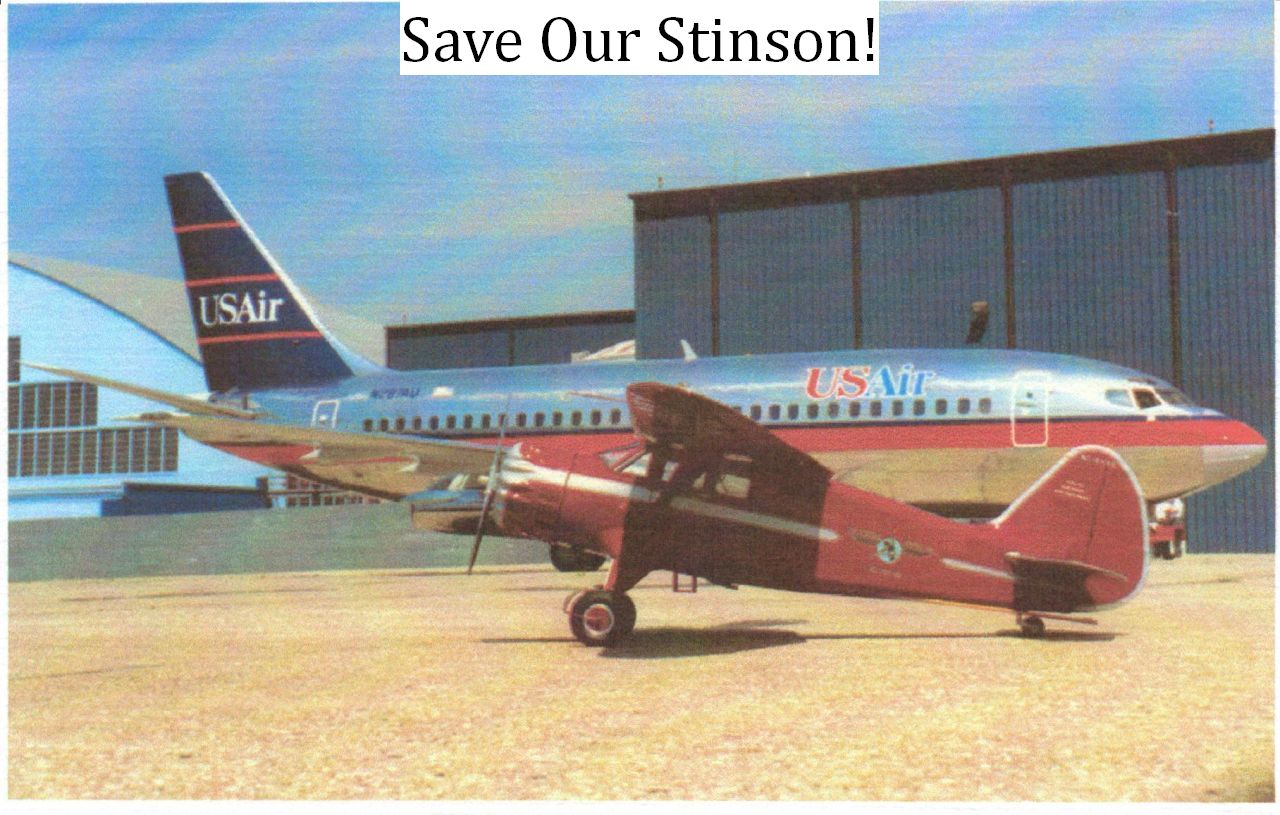 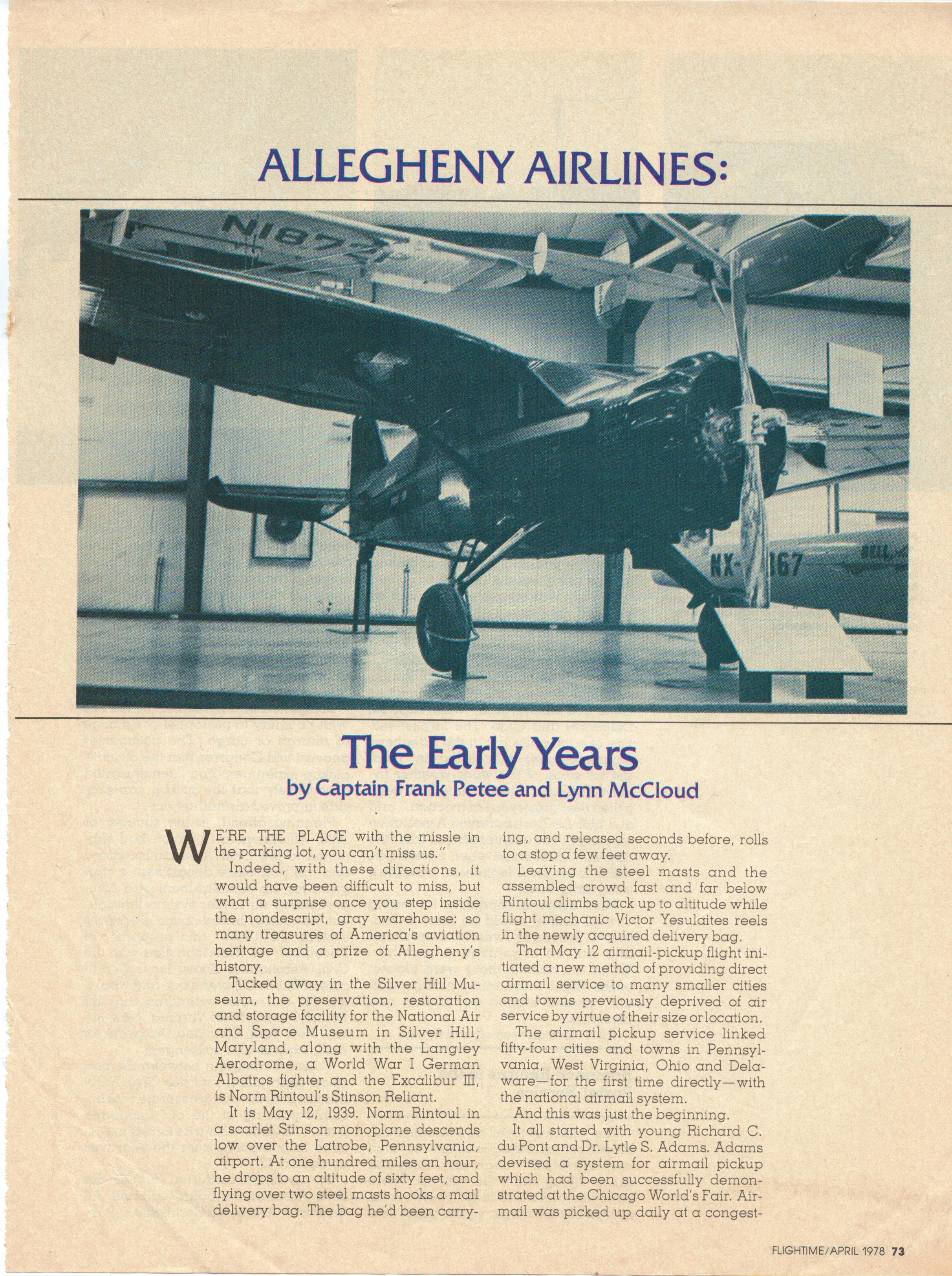 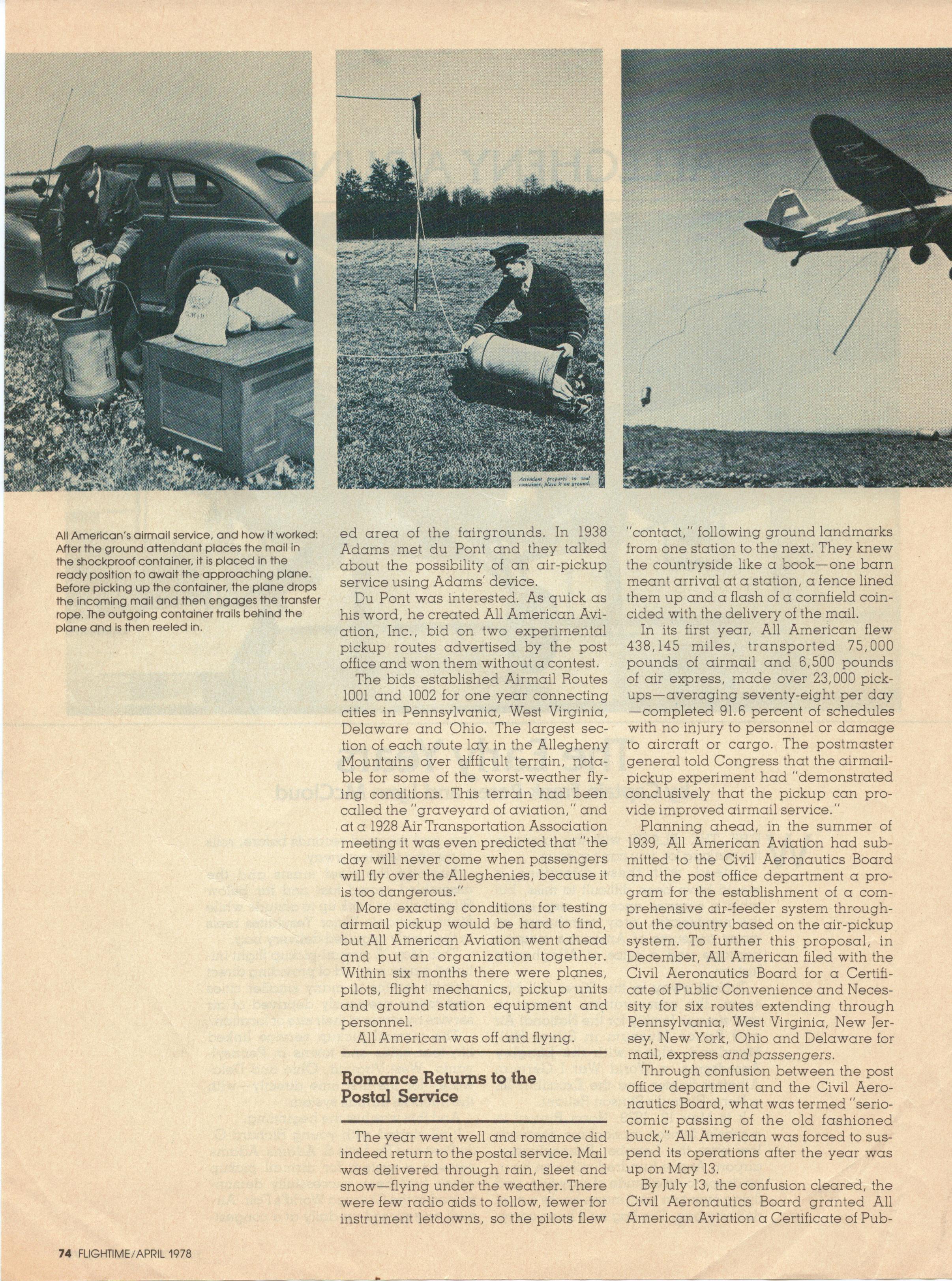 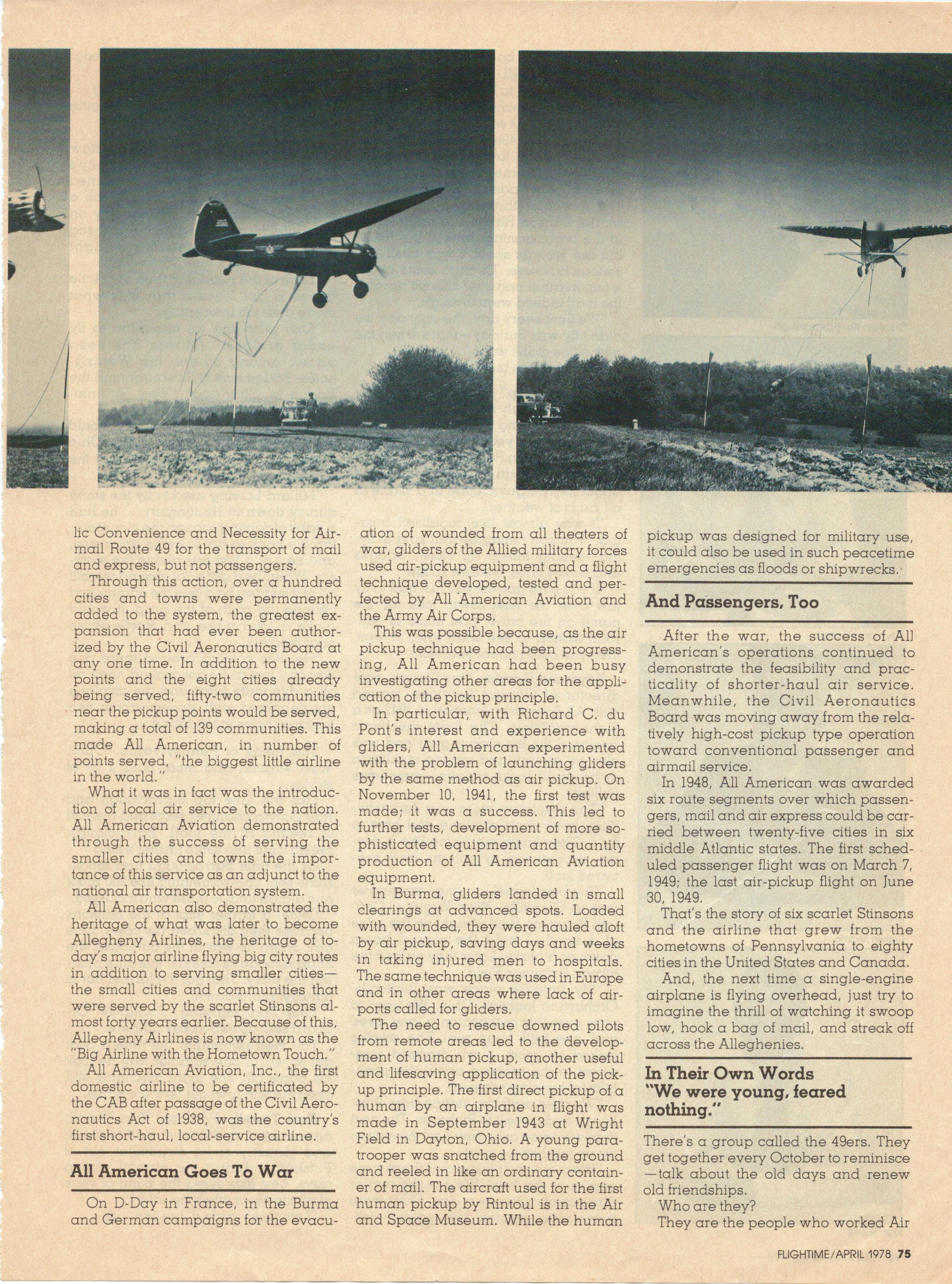 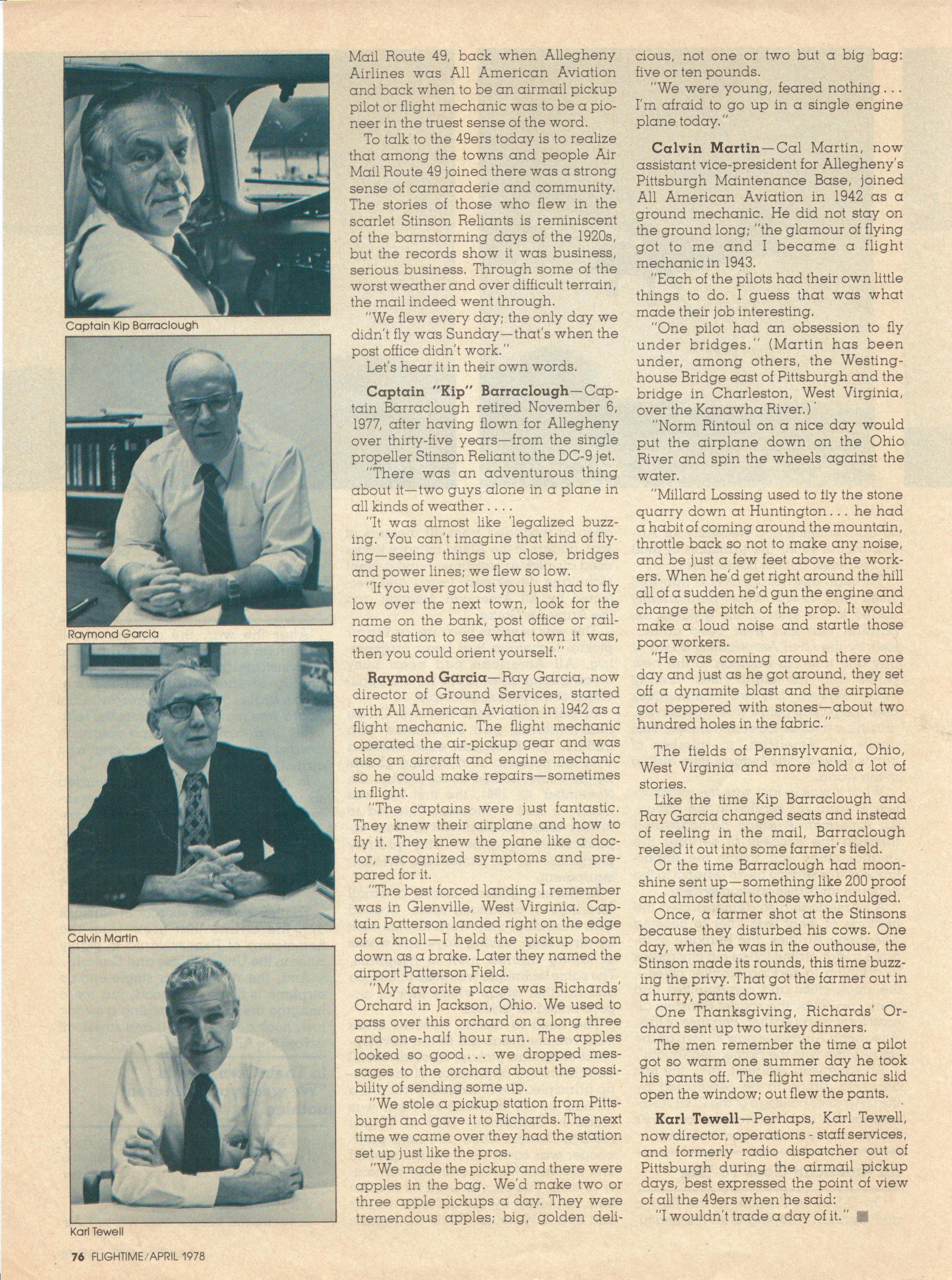 The reason this Stinson Project is so important is just as this article by Lynn McCloud and Frank Petee put together have written. Kip Barraclough, Millard Lossing, Frank Petee, Ray 'Red' Garcia and Cal Martin were friends of mine. Lynn McCloud worked in the PR department and would be a friend still today, but we're not in touch. Cal Martin's grandson has been working on a project about him for several years now, but he never told me whether he got it completed. This reminds me that I need (he's on FB) to get that boy going again because he (I'm pretty sure) has done a video interview (including me).

I never knew Karl Tewell well but I have met him (all of us know about the TEWELL Intersection). This article again reminds me of those stories I heard in person as an Honorary '49er Member. I went to the meetings for many years. Since the Stinson in the postal museum was Norm's personal plane, it became even more important to me that I honor my '49er friends with a plaque inside this project and outside when it's complete and ready for display. Unless we luck in to a benefactor willing to support the entire project, this is going to be a long process.

This summer we'll begin inspecting the airframe, wing struts and landing gear by getting it all magnafluxed, bead blasted and properly primed. The inside of the horizontal stabilizer, vertical stabilizer, rudder, elevators, flaps and ailerons are still covered. The wings have had the lower fabric partially removed and things seem ok inside. I have discovered that the 4th Stinson delivered wad the 450 P & W installed and I'm hoping ours is that Stinson because it came with a 450 Pratt.

We'll be putting the money we receive in CD's so we can get a little interest and only use the money as needed.

I appreciate the Soaring Eagles willingness to help support the project. Anyone who donates $500.00 or more will receive a framed certificate with a swatch of the fabric we remove from the airplane.